the politics of production values

In 2007 the critic Jan Verwoert claimed that ‘the dead elegance of the cibachrome print’ had recently been ‘replaced by the grungy live look of real¬time video footage as the signature aesthetic of the new decade’. While lo-fi work still abounds in all fields of artistic production, the half-decade that has elapsed since Verwoert’s remark has also seen the emergence of a distinctive high-¬specification, high-¬gloss aesthetic across a range of practices which have caught the attention of contemporary art’s commentariat:

Panos & Kirchner, Elad Lassry and Ed Atkins are models in this regard.

Shimmering World explores the possibility that highly polished modes of production, including but

not limited to the digital, can be and are being used to actively produce critical effects. The political potential of works of art concerned with ‘production values’ has frequently been overlooked: a high degree of resolution or finish has perhaps most frequently been associated with superficiality, seduction and manipulation of the masses, with agency placed firmly in the hands of those makers or readers who seek to rough up such seductive and glossy surfaces, exposing the dialectical formations beneath.

Whilst still out of the reach of many artists for whom use of cheap materials is an economic necessity,

the availability of pirated software and affordable digital cameras means that high production values are not solely reserved for those who show in blue chip galleries. Shimmering World assk whether there is a certain exclusivity and inaccessibility in the embrace of barely legible, lo-fi images and what risks might be involved in turning towards greater legibility. Might glossy surfaces produce affects whose complexity is often elided? Steven Connor, for instance, explicitly connects the ‘glossy finish of the photograph’ to Roland Barthes’ concept of the photographicpunctum. Artistic approximations of high-spec commercial image production technologies frequently produce a disjunctive or defamiliarising effect in relation to those very technologies. Perhaps such effects point the way towards a more nuanced picture of the cultural politics of production values than is usually offered by mass culture’s most vocal advocates and antagonists. Or do such practices simply constitute a form of empty posturing that commodifies political dissent and places it in the service of the market? Such a situation calls to mind Jacques Ranciere's complaint about ‘stereotypes that critique stereotypes, giant stuffed animals that denounce our infantilization, media images that denounce the media, spectacular installations that denounce the spectacle, etc.’ 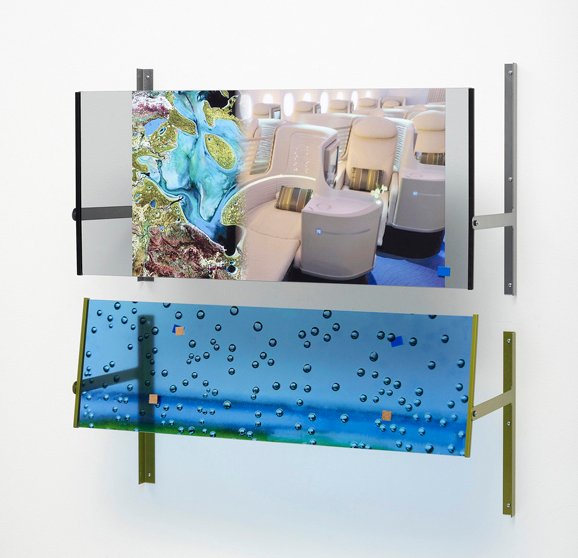