'One of the best exhibitions I have seen recently in Paris – witty and provocative (provoking not only thoughts, but dirty feelings and desires)'

Can desire, freed of all restrictions, really dismantle society and capitalism? The answer was emphatically yes for many involved in May 1968 and the years of civil unrest that followed, which gave birth to the gay and women’s liberation movements in France. Family, morality and reproduction were seen as bourgeois and repressive by Marxists and sexual revolutionaries alike, with some declaring that it should be ‘forbidden to forbid’. This exhibition looks at a counter current of artists who, while remaining committed to ending oppression, question the idea that desire is an inherently revolutionary force waiting to be unleashed, or that sexual freedom will free all subjects equally. Alongside artists and filmmakers associated with that time, Pierre Klossowski, Pierre Zucca and Lionel Soukaz, are recent work from Oreet Ashery, Beth Collar and Giles Round, which expresses ambivalence about freedom of many kinds. Just as the slogan ‘forbidden to forbid’ implies a contradiction – it’s a rule against rules, a prohibition against prohibitions – so too these artists tease out ironies in the idea of sexual liberation. – Paul Clinton

The exhibition was very positively reviewed and featured by La Republique de l'Art, MOUSSE and Inferno magazines, critic Pedro Morais, the Verso Books website and was the subject of a Suite 212 podcast for Resonance FM available on Soundcloud and iTunes.

A publication accompanying the exhibition was launched with an in conversation between Paul Clinton and the celebrated art critic, art historian and activist Elisabeth Lebovici. Forbidden to Forbid: A Reader contains essays by Paul, alongside an interview with Lionel Soukaz and a short text by TJ Demos. It is published by Goswell Road (click the link here to purchase). 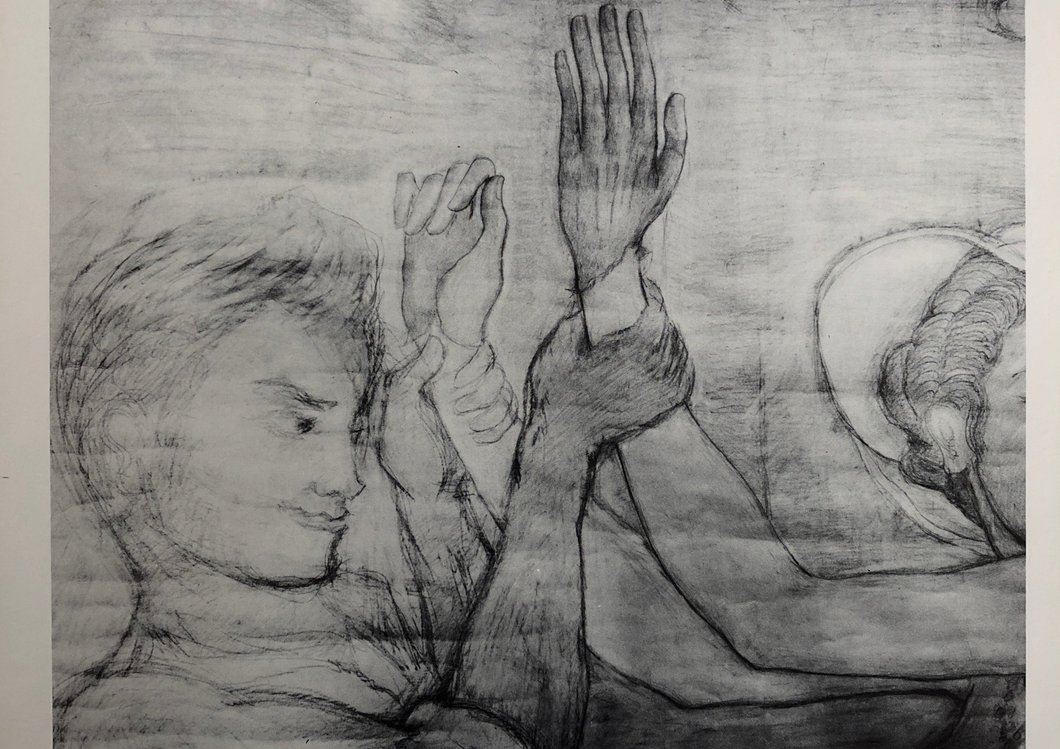 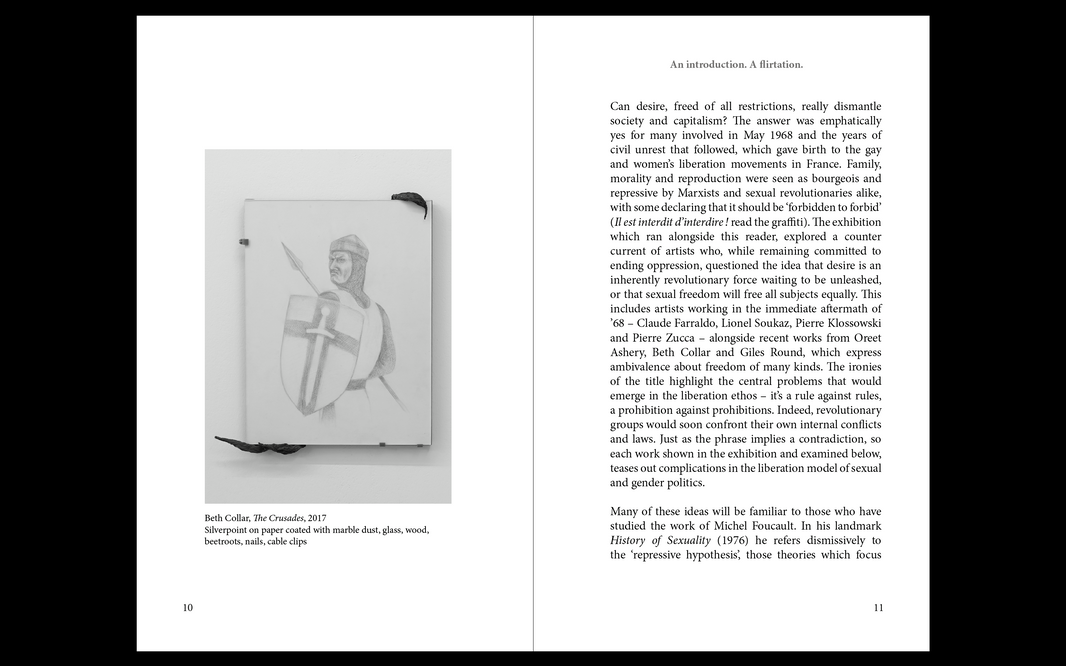 Spread from Forbidden To Forbid: A Reader, 2018, edited by Paul Clinton, published by Goswell Road and Balice Hertling, Paris